Accidentally hit "Previously Reported" on TurboNet Advancement Report - can I revert to the previous status?

I was looking at the TurboNet Advancement Report page and accidentally clicked on the “Previously Reported” button, indicating that the particular award had previously been reported to the Council. But that isn’t correct!

Now I can’t even track down which item it was, because it disappeared from the report when I clicked on that link. Is there any place where I can find this item? Is there a list of items that have been reported to the council, so that I can take this off that list and put it back on the list of items TO BE REPORTED.

Thanks so much in advance!!

Going to Achieve > Present Awards should still show you the achievements marked as reported unless you’ve already gone through and marked everything as finished. When you identify which scout and achievement was marked incorrectly, you can go to that scout’s individual program and either remove the “reported to council on” date or delete and reenter the achievement.

So, what is equivalent to “reported”? Is it Purchased, Awarded or
Recognized? I don’t see “Reported” anywhere, so it must be one of these.
Thanks!

It is something separate. 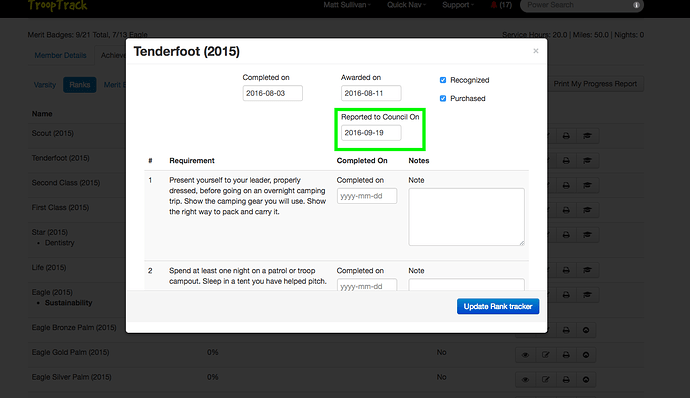 That doesn’t seem to be showing up on my interface, and I’m the
administrator so you’d think I’d have access. 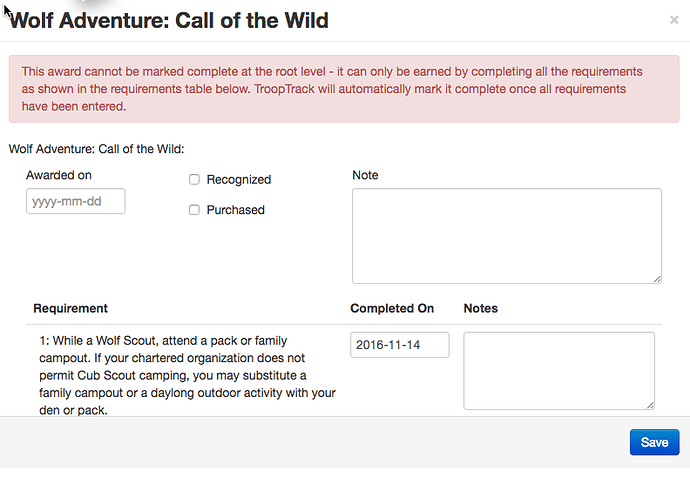 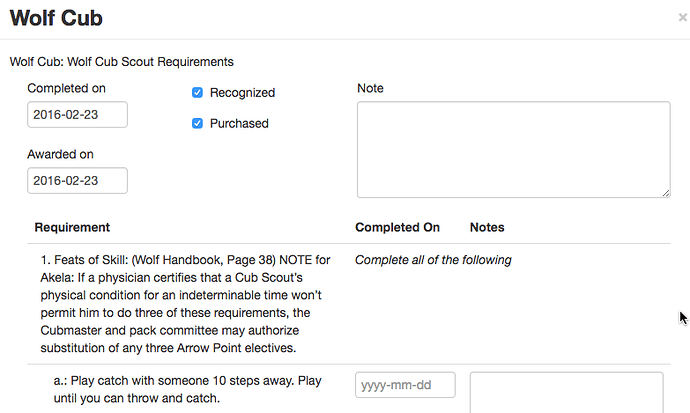 Ok, for cub scouts, you will most likely have to delete and re-add it.

That’s going to be the tough part. You will need to use Achieve > Present Awards to try to figure it out.

Ok. Thanks. Hopefully I got it, though there’s no way of knowing!