I released some changes that provide better support for BSA troops sponsored by The Church of Jesus Christ of Latter-Day Saints this morning. Here's a rundown of the changes:

1) There will be a new troop setting called "LDS Unit". This setting must be checked to turn these new features on.
2) Patrols can be associated with a unit - troop, team, or crew.
3) Youth in a patrol that is associated with a team or crew will have all scouting awards available plus the awards for teams/crews.
4) You will be able to record bulk progress on team/crew awards

Along with this change, we will also be releasing a re-design of the troop settings to make it easier to use. This re-design will be for all customers, not just LDS units.

Releasing this feature will also kick off our effort to update the Venturing program and add in all the Varsity awards. You should start seeing those awards late next week or the week after.

Here are a couple of screenshots related to this new feature: 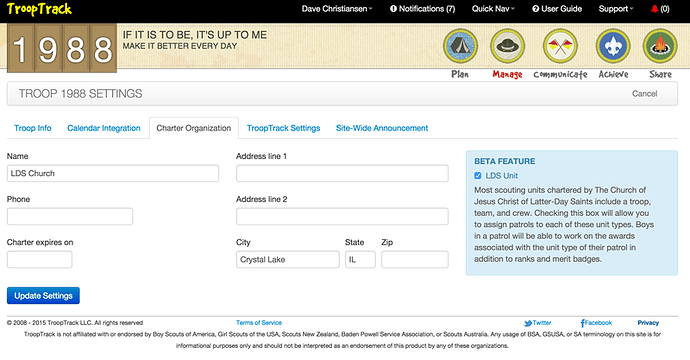 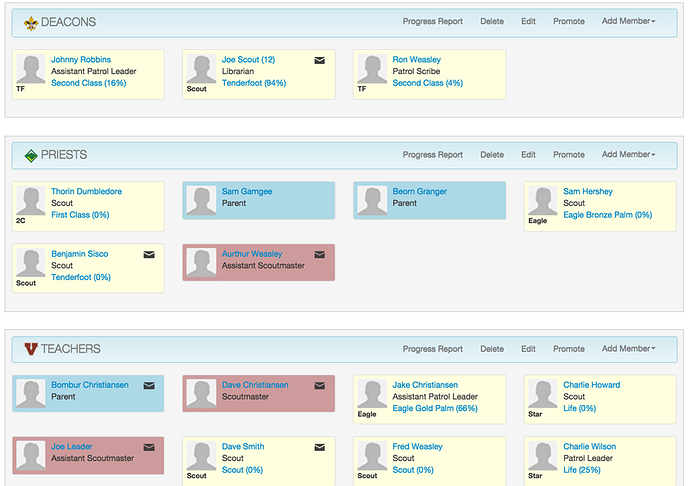