Typically you only want to downgrade or upgrade a BSA rank if they haven’t been started, but we’ve run into circumstances where you have needed to up/down grade a rank that has some progress. The main page still defaults to showing only the unstarted ranks, but there is now a link on the page for showing all ranks.

Be careful - you will lose all progress when you upgrade or downgrade and we can’t bring it back!!! You have been warned! 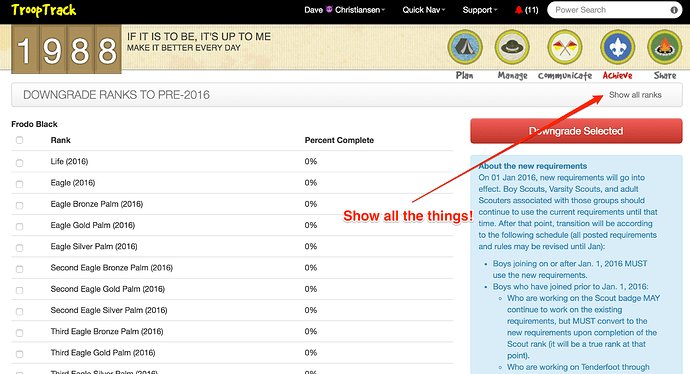 Be careful - you will lose all progress when you upgrade or downgrade and we can’t bring it back!!! You have been warned! 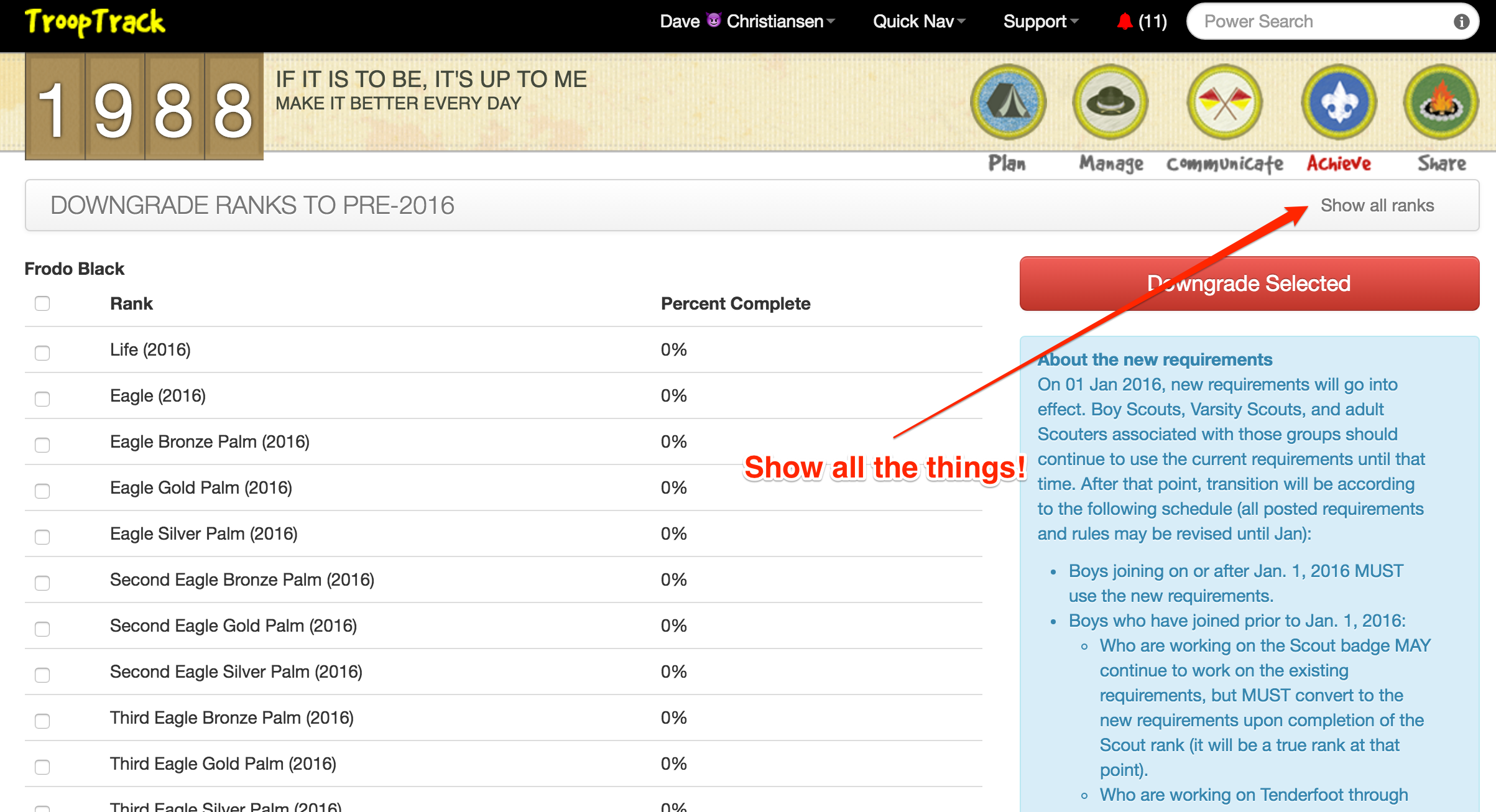 Why isn’t this warning included on the upgrade/downgrade webpage itself? We lost a handful of Scouts’ info not knowing this before funding this help topic. Transactions that delete data should not require a search on the Community to ensure it’s safe before clicking the button.

It’s just an oversight. Thanks for pointing it out. @Spencer can you fix this?

I’ve whipped up a fix for this.

Now that we are 4 months into 2017 when will this become the default?

When I go into Achieve as shown in the screenshots earlier in this thread, to “Upgrade Ranks to 2016”, I get the screen – but for this Scout, Second Class isn’t listed at all. Neither is it listed for him as a “Downgrade” option, for that matter.

I must be missing something, but I am not sure what!

On the right side of Upgrade Ranks for 2016 page did you click the “Show all ranks” link to see if he shows up there as 2015? Are you sure in TT his 2nd class hasn’t had a completion date put in?